How do you get to know your community? And how do they get to know you? Go wakabout is my answer. I’ve discovered more about my community walking about that a thousand surveys would teach me. Here’s what I do; 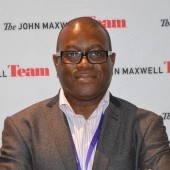 I am a full time Baptist minister accredited with the Baptist Union of Great Britain. I currently serve as the lead pastor of Custom House Baptist Church. I am also one of the District Ministers in the London Baptist Association (LBA). In addition I sit on the LBA Mission Strategic Forum and I also chair its Communications Hub. Apart from my pastoral work I write, consult with churches and speak at various conferences, seminars and workshops. I am married and have two grown up daughters. I have a keen interest in all things leadership believing leadership is primary in building Christ centred churches of irresistible influence.

The missional task of wearing a clergy collar

What the church can learn from Apple Town Squares